Bans Off Our Bodies Fort Worth, Texas Fun Stuff I Asked OpenAI About Reproductive Justice

I Asked OpenAI About Reproductive Justice 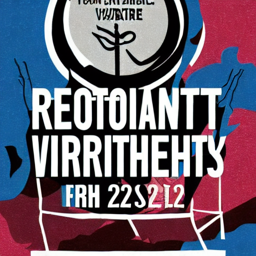 And I think it did a pretty good job at saying what we’ve been screaming for a year!

Tell me about anti-abortion laws affects on marginalized community

Anti-abortion laws have a significant and disproportionate impact on marginalized communities, including low-income women, women of color, and those living in rural areas. These laws restrict access to safe and legal abortion and can lead to a range of negative health outcomes for individuals in these communities.

One of the main ways in which anti-abortion laws disproportionately affect marginalized communities is by limiting access to care. Restrictive laws can make it more difficult for individuals in these communities to find providers and afford the cost of care. This is particularly true for low-income women, who may not have the financial resources to travel long distances or pay for care out of pocket. Women of color are also disproportionately affected by this issue, as they are more likely to live in areas with a shortage of providers and lack access to affordable health care.

Another way in which anti-abortion laws harm marginalized communities is by increasing the risk of complications from unsafe abortion. When access to safe and legal abortion is restricted, individuals may turn to unsafe methods to terminate their pregnancies. This can lead to serious health complications, including injury and death, particularly for women who already face barriers to accessing care.

In addition, anti-abortion laws can lead to delays in receiving care, which can make it more difficult to effectively treat any issues that arise. For women living in rural areas or from marginalized communities, this can be especially challenging as they may have to travel long distances to receive care and may not have the resources to do so. This can result in negative health outcomes, and may worsen the condition, physically and psychologically.

Anti-abortion laws can also make it more difficult for women in marginalized communities to receive accurate information about their options. This can lead to confusion and poor decision-making, which can have serious consequences for their health. Moreover, misinformation, lack of access to education, and cultural and religious pressure can increase the rate of unintended pregnancies among those groups.

Furthermore, anti-abortion laws can perpetuate structural inequalities and discrimination that already disproportionately impact marginalized communities. This can lead to further marginalization and reinforce systemic biases, resulting in a widening of health disparities.

In conclusion, anti-abortion laws have a significant and disproportionate impact on marginalized communities, particularly low-income women, women of color, and those living in rural areas. These laws restrict access to safe and legal abortion, increase the risk of complications from unsafe abortion, and can lead to delays in receiving care, poor decision making, and perpetuation of discrimination and marginalization. It’s important for the laws to protect the health and rights of all individuals, including the right to access safe and legal abortion, and to address the existing disparities and bias, in order to ensure that everyone have access to comprehensive, quality health care.

Happiness is a complex and multi-faceted concept that can be influenced by a variety of factors, including economic, social, and political conditions. Countries with restrictive laws against women may have lower levels of happiness among their citizens due to a number of reasons.

Firstly, restrictive laws against women can limit their opportunities for education, employment, and political participation, which can lead to a lower standard of living. This can result in financial stress and reduced access to resources, both of which can contribute to lower levels of happiness.

Secondly, restrictive laws against women can also contribute to a lack of autonomy and control over one’s own life. The lack of access to reproductive health care and the prohibition of certain types of work, can lead to a lack of control over one’s own body and decisions, and can lead to feelings of disempowerment, which can negatively impact overall well-being and happiness.

Additionally, restrictive laws against women can be associated with a culture of discrimination and marginalization. This can lead to a lack of social support, lack of trust in the community, and lack of a sense of belonging, all of which can have a negative impact on happiness. This can be exacerbated in countries where women are not able to participate in social, cultural, and economic activities, or express themselves freely.

It’s worth noting that Happiness is a multidimensional construct, and there is no clear consensus on the best way to measure it. However, some surveys on well-being and happiness of countries, such as World Happiness Report, tend to show that countries with more gender equality and less restrictive laws towards women tend to have higher levels of overall happiness among their citizens.

In conclusion, countries with restrictive laws against women may have lower levels of happiness among their citizens due to factors such as limited opportunities, lack of autonomy and control, cultural discrimination, marginalization and a lack of social support and belonging. These laws may negatively impact individuals and community well-being and happiness, which are essential for a healthy, sustainable, and inclusive society.

Want to Ask AI a Few Questions of Your Own?

Anti-abortion laws can have a significant impact on the social structures of government in a number of ways.

Firstly, anti-abortion laws can lead to increased government involvement in personal and private decisions. By criminalizing or limiting access to abortion, the government is effectively making decisions about individuals’ reproductive health for them. This can be seen as an infringement on personal autonomy and privacy rights. Additionally, such laws may lead to increased government surveillance and enforcement, to ensure that the laws are being adhered to.

Secondly, anti-abortion laws can also perpetuate discrimination and marginalization within society. These laws disproportionately affect marginalized communities, such as low-income women and women of color, who may already face barriers to accessing healthcare and other resources. This can lead to a widening of health disparities and further marginalization of already marginalized groups.

Thirdly, restrictive laws can limit the representation and participation of women in political and economic life, by limiting their autonomy and decision-making power, it can reduce their ability to participate in the workforce and engage in economic and political activities.

Additionally, anti-abortion laws can also have an impact on government resources. The enforcement of these laws can be costly, both in terms of the cost of enforcing the laws and the cost of providing care for individuals who experience complications from unsafe abortions. This can divert resources away from other important government programs and services.

Lastly, restrictive laws can impact the government’s relationship with its citizens, when laws are imposed on personal choices it can lead to mistrust, dissatisfaction, and distance between citizens and their government, and if not well addressed it can contribute to social and political instability.

In summary, anti-abortion laws can have a significant impact on the social structures of government by increasing government involvement in personal decisions, perpetuating discrimination and marginalization, limiting the representation and participation of women, diverting resources away from other important programs, and impacting the government’s relationship with its citizens. These laws can also negatively impact individual and community well-being, and can lead to social, political, and economic instability.

The Guttmacher Institute has a wealth of information based in scientific and social research about reproductive justice. You will find information about what healthcare is available where and how restrictive laws affects different communities.

Reproductive justice is an intersectional framework that focuses on the connections between reproductive rights and social justice. The term was first coined by a group of Black feminists in the 1990s to articulate the ways in which marginalized communities, particularly Black women, were disproportionately impacted by restrictive reproductive policies and lack of access to reproductive healthcare.

The reproductive justice framework encompasses a wide range of issues, including access to affordable and safe abortion, the right to have or not to have children, the right to parent one’s children without the fear of state intervention, and the right to access quality healthcare and education.

Reproductive justice affects people in many ways, including by:

In summary, Reproductive justice is a framework that focuses on the connections between reproductive rights and social justice. This framework encompasses a wide range of issues, including access to affordable and safe abortion, the right to have or not to have children, the right to parent one’s children without the fear of state intervention, and the right to access quality healthcare and education. It emphasizes informed consent, addresses health disparities and promotes the rights of marginalized communities. It also acknowledges that reproductive rights are deeply interconnected with issues such as economic justice, racial justice, and immigrant rights, and therefore calls for a holistic approach to address these intersectionalities.

We will be at the Tarrant County Courthouse from 12- 2 with a short march around Sundance Square. We will not have our voices silenced! We will be loud and work every single day to turn Texas away from the religious fascism that is currently being imposed on us.

Let Your Voice Be Heard!