Bans Off Our Bodies Fort Worth, Texas News 50 Years After Roe, An Un-Anniversary

50 Years After Roe, An Un-Anniversary 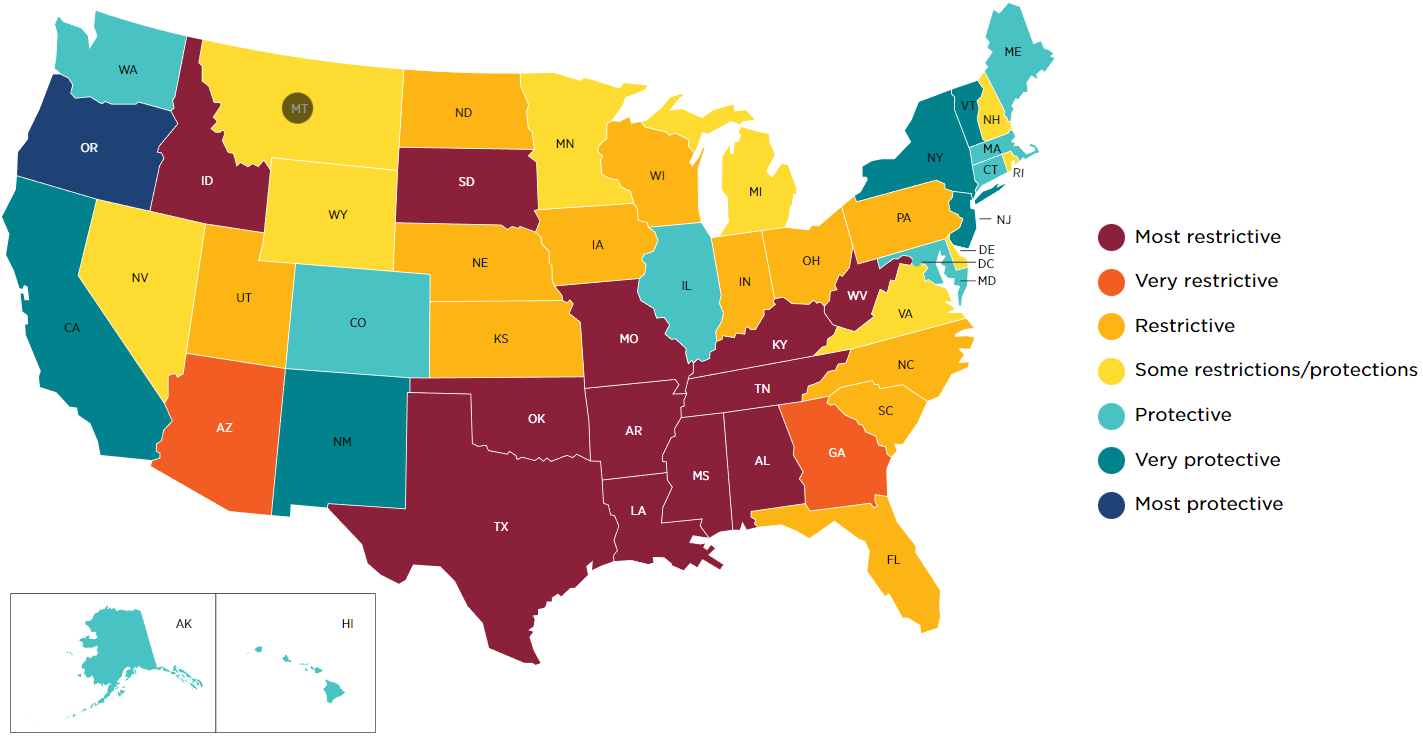 Short History of the Abortion Debate

The pro-choice movement, also known as the abortion rights movement, has a long and complex history in the United States. Many thought it ended with the Roe v Wade decision, but 50 years later, we are right back to where we started.

In the 19th century, abortion was largely unregulated in the US and was commonly performed by both medical practitioners and untrained individuals. However, in the late 1800s, a number of states began passing laws to criminalize abortion. These laws were part of a larger trend of social and moral conservatism that was sweeping the country at the time.

In the 1960s and 1970s, the feminist movement in the US began to demand access to safe, legal abortion. Activists such as Betty Friedan, co-founder of the National Organization for Women (NOW), argued that women could not be truly equal to men as long as they were denied control over their own bodies and reproductive choices. In 1973, the US Supreme Court handed down the landmark decision in Roe v. Wade, which declared that a woman’s constitutional right to privacy included the right to have an abortion.

The ruling in Roe v. Wade was a major victory for the pro-choice movement, but it did not put an end to the abortion debate. Anti-abortion activists, who called themselves “pro-life,” began a campaign to have the decision overturned and to pass restrictive laws at the state level. This has led to a continuing battle between pro-choice and pro-life groups, with both sides using the legal system, the legislative process, and grassroots activism to advance their cause.

In recent years, the pro-choice movement has faced new challenges, including the appointment of conservative justices to the Supreme Court and the passage of restrictive laws in states such as Georgia, Ohio and Alabama. With the fall of Roe, 13 states have essentially banned abortion from conception. We no longer control our own bodies or futures in 13 states. Now, pro-choice activists and organizations fight for access to safe, legal abortion and reproductive healthcare for everyone AGAIN.

It’s important to note that the pro-choice movement is not just about the right to have an abortion, it’s also about providing pregnant people with comprehensive reproductive healthcare, including birth control and access to prenatal care. The movement is also about educating people about reproductive rights and encouraging them to advocate for policies that support each person’s autonomy over their own bodies and reproductive choices.

What is Roe v Wade?

Roe v. Wade is one of the most well-known and influential Supreme Court cases in American history. The case, which was decided in 1973, established the constitutional right to privacy, which included the right to have an abortion. The ruling has had a profound impact on the ongoing debate over abortion rights in the United States and continues to be a highly controversial and polarizing issue in American politics.

The case began in 1970, when a woman named “Jane Roe” (whose real name was later revealed to be Norma McCorvey) filed a lawsuit against Henry Wade, the district attorney of Dallas County, Texas. Roe claimed that the state’s restrictive abortion laws, which prohibited abortion except to save the life of the mother, violated her constitutional right to privacy.

The case was argued before the Supreme Court in 1972, and the Court’s decision was handed down in 1973. In a 7-2 ruling, the Court held that the Constitution’s 14th Amendment, which guarantees the right to privacy, extended to a woman’s decision to have an abortion. Additionally, the Court established a trimester framework for abortion regulations. It ruled that during the first trimester of pregnancy, the state could not regulate abortion at all. During the second trimester, the state could impose regulations to protect the mother’s health. During the third trimester, the state could restrict or prohibit abortion, except to protect the life or health of the mother.

The ruling in Roe v. Wade was a major victory for the pro-choice movement and established the right to an abortion as a constitutional right in the United States. However, it also sparked a firestorm of controversy and opposition from anti-abortion activists, who referred to themselves as “pro-life.” Since the ruling until 2022, both sides used the legal system, the legislative process, and grassroots activism to advance their cause.

Roe v. Wade, the landmark Supreme Court case decided in 1973, established a constitutional right to privacy, which included the right to have an abortion. The ruling has had a significant impact on access to abortion in the United States and has been the subject of ongoing political and legal battles.

Before Roe v. Wade, access to abortion was highly restricted in the United States. Many states had laws that either outright banned abortion or placed strict restrictions on when and under what circumstances it could be performed. As a result, many pregnant people were forced to seek illegal and often unsafe abortions.

According to estimates, before Roe v. Wade, between 200,000 and 1.2 million illegal abortions were performed annually in the United States. The procedure was often performed by untrained individuals and in unsanitary conditions, resulting in significant morbidity and mortality. It is estimated that between 5,000 and 10,000 died each year from complications related to illegal abortion.

After Roe v. Wade, access to safe and legal abortion significantly improved. According to the Guttmacher Institute, the number of abortion providers in the US more than doubled in the first three years after the ruling. The number of deaths from illegal abortion also dropped dramatically.

As of 2020, the number of abortion clinics in the US have decreased significantly, and several states passed laws that made it harder to access abortion services, but abortion rates have remained relatively stable, with around 1.1 million abortions reported annually. However, there is a marked difference in the abortion rate among states with restrictive abortion laws compared to states with less restrictive laws.

On June 24th, in a landmark decision, the Supreme Court overturned Roe v. Wade giving the greenlight to states across the country to outlaw abortion beginning at conception and opening up the possibility of other rights falling including the right to marriage equality, the right to privacy in the bedroom, 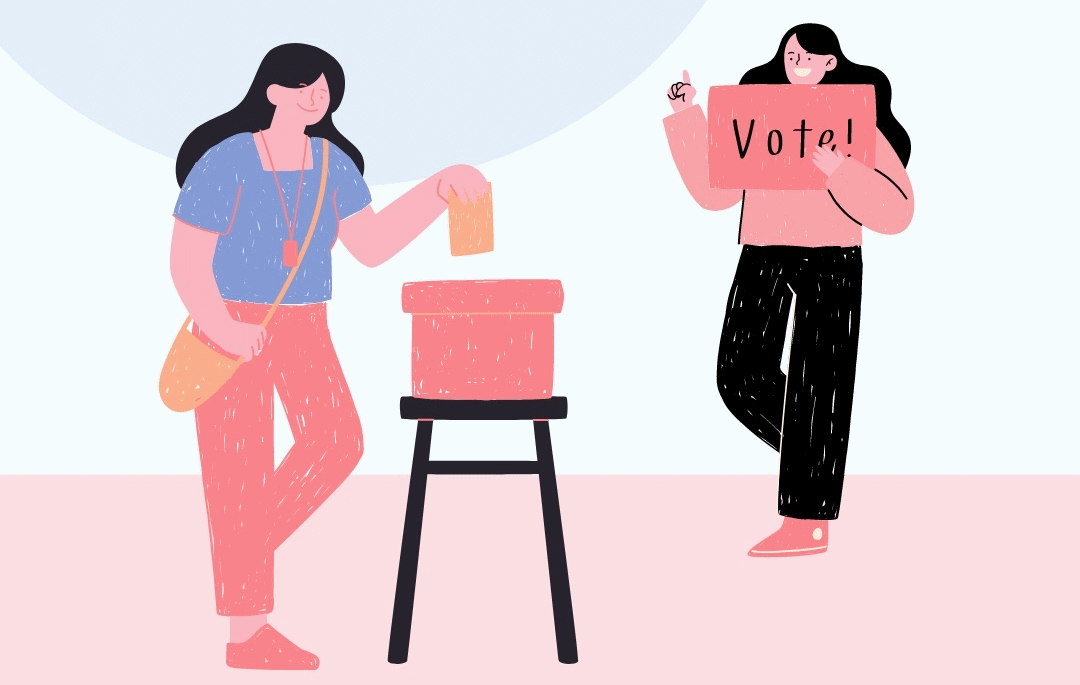 Here’s what you need to know! Make Sure You Are Registered! Check your registration status online at the Texas Secretary of State’s MY VOTER PORTAL website. There are 3 options for looking up your status, including name & drivers license number or name, county, and date of birth. Once you